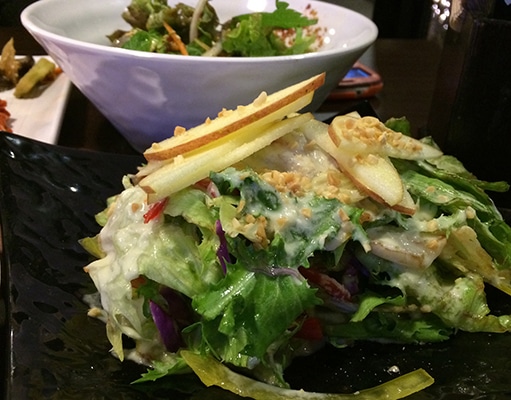 Korean food a growing trend in the West

Interest in Korean food has increased in the western world in recent years. Media writes more frequently about it and new restaurants are opening. Korean food has, from mainly being served in the “fine-dining-segment” in exclusive restaurants with international awards, become more accessible for everyone. The list of Korean dishes on the lunch menus is long and this type of food has also become more common in vegetarian cuisines, which has opened many people’s eyes.

Several of the large companies in the everyday retail sector predict that Korean food will be one of the new trends, which is also starting to become noticeable on shop shelves. Some say that it is only something different and interesting, while others claim that it is nutritious since it is to some extent fermented and contains a lot of vegetables. Regardless of the reasons, interest in Korean food is growing, which can among other things be seen in food magazines and food shops’ collections of recipes where, for example, recipes for kimchi, kimbap, bibimbap, and bulgogi can now be found.

Many dishes in the Korean cuisine consist of pickled raw vegetables. Radish, carrot, cabbage, onion, garlic and lettuce are commonly used. HÄLLDE sells a large number of Vegetable Preparation Machines in Korea, where the machines mainly are used to cut juliennes, dice, or slice vegetables very thin. In the Korean cuisine, there is a high demand on consistent cutting result and the possibility to cut high volume. HÄLLDE’s wide range of Vegetable Preparation Machines fit the growing trend very well…